History of an Idea: Civil War

The editors of the Blog of the Journal of the History of Ideas have kindly published my essay on Nicole Loraux.

The Age of Aquarius, but with Pelagius

The editors of the Blog of the American Philosophical Association have been kind enough to publish a piece I wrote about “The Age of Pelagius.”

Some Christians Put Aside the Sixth Commandment for a Day

On January 6th in D.C., a report from someone who was there:

Before the Christmas Spirit Ebbs

Does anyone need to wait for “Him to judge them,” as Eugene Debs suggests? The case seems clear without waiting for “them” to kick off, and we can include in the same judgment all those belonging to megachurches whose enormous spaces, including parking lots, take up land where the homeless could be housed. “Prosperity theology” seems to be for the few at the top of each church’s hierarchy. Eat. Pray. Grift.

Thanks to a clever essay by Zeynep Talay Turner in Interrogating Modernity, I think that Hans Blumenberg understood Arendt, but then attempted an unjustified correction. From the particulars of truth myth arises, but it’s a mistake to impose myth on truth that has not reached maturity. The latter is Blumenberg’s strategic but unfulfilled wish for Arendt’s book about Adolf Eichmann. According to Blumenberg, Arendt failed to grasp the potential mythic moment for Israel in its prosecution of Eichmann, depriving Israel of an opportunity to solidify its legitimacy. Eichmann needed to be more than what he was to fulfill his mythic role as representative of Nazi evil. Arendt, on the other hand, stuck to the position that the truth mattered for justice to be done. She had no idea of Blumenberg’s expectations, which didn’t see the light of day until after his death with the publication of Blumenberg’s “Moses the Egyptian.”

The above should be shelved as early reflections requiring a period in an oak cask to obtain the proper flavor and aging. Usually, such thoughts are stored in an underground vault at a specific temperature and humidity, but this week, I’m releasing some things early.

“I want a Church which is poor and for the poor”

Pope Francis is reported to have said: “I want a Church which is poor and for the poor.” Apparently that’s not working out, and Christians aren’t speaking out about the Church receiving money rather than giving aid during a pandemic.

The best illustration of the power and impact of America’s original philosophical radicalism may be discovered in the first sentence of the nation’s first founding document. Many historians today take for granted that the reference in the preamble of the Declaration of Independence to “the laws of Nature and of Nature’s God” amounts to a gesture of conventional piety — and no doubt it was written partly in order to be read in this way. Religious conservatives today routinely celebrate it as proof that America is founded as a Christian nation. These and similar interpretations serve mainly to express some deep and persistent assumptions about the nature of human experience: that we govern ourselves through acts of faith; that all authority must rest on the assertion of belief in some higher authority; and that all would be well if we could return to the simple faith of our fathers.
Yet, “Nature’s God” properly belongs to the radical philosophical religion of deism. It refers to nothing that we commonly mean by the term “God,” but rather to something closer to “Nature.” It tells us that we are and always have been the source of our own authority; that we govern ourselves not through acts of faith but through acts of understanding; and that if we should find ourselves beholden to some other imagined authority, this can only mean that we have constructed the conditions of our own servitude. The Declaration of Independence — precisely where it superficially seems to invoke the blessing of the established religion — really stands for an emancipation of the political order from God.

Preaching in the Wilderness

“I never turn down Fox. It’s an opportunity to preach in the wilderness.” 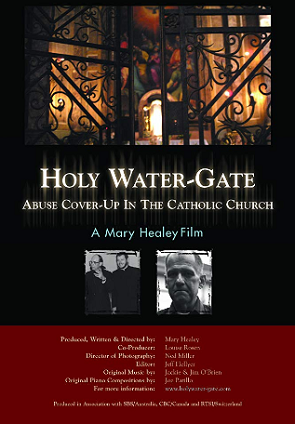 The New Orleans Saints football team is owned by someone who doesn’t want you to know about the team’s “Hail Mary” to get you to believe that some priests are still “virgins.”

Ties between local church leaders and the Saints include a close friendship between New Orleans Archbishop Gregory Aymond and Gayle Benson, who inherited the Saints and the New Orleans Pelicans basketball team when her husband, Tom Benson, died in 2018…. Attorneys for the men suing the church say “multiple” Saints personnel, including Senior Vice President of Communications Greg Bensel, used their team email to advise church officials on “messaging” and how to soften the impact of the archdiocese’s release of the list of credibly accused clergy.