At the moment, the headline’s referent is Ireland. Evidence? The President of Ireland is able to say in public that education isn’t about getting a job or supporting the economy, positions that are mostly unheard on this side of the Atlantic.

Too many policy lobbyists have, often unknowingly, unthinkingly perhaps, accepted a narrow and utilitarian view of… education — one that suggests we exist to be made useful — which leads to a great loss of the capacity to critically evaluate, question and challenge.

Rather than give all the attention to STEM disciplines, as is the trend in the U.S., Ireland started the philosophy awards as an alternative. The organizers also have devoted some energy to providing resources for teachers: “The website www.myshortcourse.com/ created by Daniel Mccrea contains 40 “ready to go” lessons for teachers whether or not they have had prior experience in philosophy.”

Where Are the Penn State Philosophers?

Continental philosophy has a tradition of interest in ethics, and Penn State has its share of philosophers who claim ethics as a specialty or sub-specialty. The phrase in Philosophy departments is “area of competence.”  Someone might have expected some of these Penn State philosophers to have taken the lead on some ethical statement about what has been happening at their university (Robert Bernasconi, Dennis Schmidt, Jennifer Mensch, for example), but as far as I can tell, the response has been crickets. Some of the philosophers claim expertise in applied ethics, and what has taken place at Penn State would seem to call out, perhaps in a Heideggerian way (if that helps the Penn Staters) for application.  Have I missed the philosophers’ articles or op-ed pieces?  Some of the faculty members in the Philosophy Department there already have had to spend energies explaining their allegiances to the politics and ethics of Heidegger and Gadamer, and perhaps one or more could appeal to the title of one of Gadamer’s essays entitled “The Political Incompetence of Philosophy.”  The area of competence for some of the philosophers might indeed be incompetence of that sort, and then perhaps we should welcome crickets. 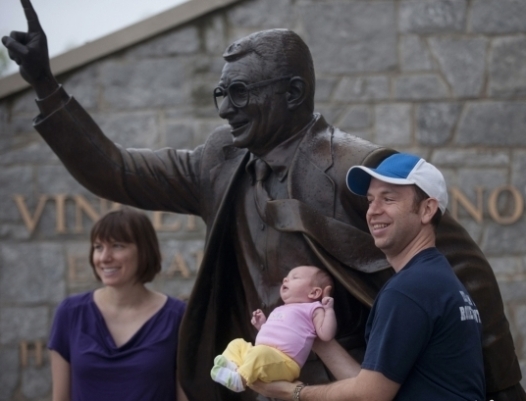 A Gift of Translation

Joe Paul Kroll is offering up translations of Hans Blumenberg’s works at another blog.  Translators are generally underappreciated, and here we have a translator who is not complaining, but offering up his labor to the public. 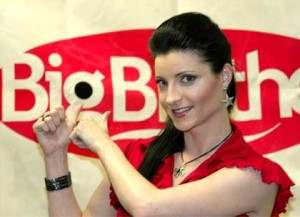 The German magazine Der Spiegel published a group-authored piece on Germany’s version of the television program “Big Brother.”  The analysis included a reference to the work of the German philosopher Hans Blumenberg.  (We can leave aside for the moment considerations about the different resonances the title “Big Brother” might have in Germany.)

In the Christian philosophy of the late Middle Ages, God and religion controlled everything and everyone. The philosopher Hans Blumenberg used the term ‘theological absolutism’ to describe the phenomenon. If we consider the developments that began with the advent of “Big Brother” and have emerged since then, society has spent the last 10 years heading toward a state that could be described as medial absolutism. Nowadays the media, not unlike God and religion in the past, has become the superior power that dominates everything.

How often do you read in American periodicals geared toward what we might call the average reader analyses of popular culture that include applications of philosophical works?  As categorical designations go, do you expect to see postmodernism supplanted by a chronological period to be known as the age of “medial absolutism”?

More Madoffs in Your Future 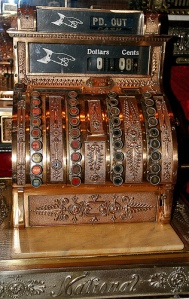 The subject today is Katharine Brooks, director of the liberal arts career center at the University of Texas, Austin.  In a New York Times article about the ongoing disappearance of the liberal arts in public higher education in the United States, Ms. Brooks displays her awareness of the expected rhetorical gesture for the article and an unawareness that the logical conclusion of the rhetorical posture she assumes would mean that she will eventually be unemployed.  In an article that does not blink about institutions opting to do away with philosophy and classics majors, Ms. Brooks offers up the following bromide: “Particularly as money gets tighter, people are going to demand more accountability from majors and departments.”

Yes, accountability.  Strange, coming from someone in Texas, the land of no accountability, unless you are in a certain location in Huntsville.  Still, this is the ideology Ms. Brooks has been fed, and she will regurgitate it as needed.  A financial decision is made by a state legislature, or by a Chancellor, or a dean, and the justification turns out to be “a demand for accountability.”  Whence this demand?  Do you see Americans bearing pitchforks and torches in the streets over the bonuses paid to corporate executives who mismanaged companies that were part of the series of financial crises during the past two years?  Were citizens asking for heads on platters when they learned that millions were handed over in Iraq without receipts, when briefcases full of money were given to people without any attempt to keep a record of the transactions?  The accountability for the infamous Bridge to Nowhere?  Ms. Brooks has fallen victim to rhetoric.  Accountability functions as a thin cover for other agendas.

The loss of philosophy majors, classics programs, and the slashing of budgets for the liberal arts to shift funding to management and business and online programs — all that is about money, not accountability.  In fact, the Texas state legislature, in particular, has been quite clear about reducing pubic funding for higher education (a nationwide trend), and logically that should mean that Ms. Brooks ought to be less accountable, since the legislature has reduced its stake in higher education.  That reminds us of the traditional divide between logic and rhetoric.  Ms. Brooks seems happy with the notion that the purpose of higher education is not learning or education, but employment and a career. Her career is at a career center.  The higher part of higher education once reminded all of us about worlds beyond careers, utilitarianism, and cost-benefit analyses.  Ms. Brooks wants to keep us grounded, low. Anything that smacks of higher-level concerns (such as the kind of talk that might occur in philosophy and classics courses) deserves not more attention and funding, but less and none on Ms. Brooks’ method of accounting.